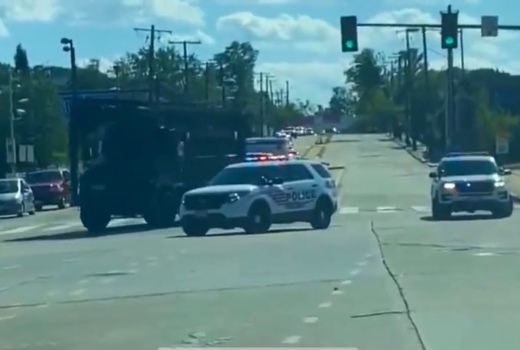 Video has emerged from Washington, DC showing a huge line of police vehicles going to an unknown location.

The DC Police Department made a statement around the same time afterwards that police closeby were looking for a black male ages 13-16. This claim hardly matches the visual response shown in the video. The Department never said that the police presence in the video was related to the Benning Road incident.

A search of “Washington DC” on Twitter revealed that there was no further context to what was happening provided by anyone, let alone a Project Mockingbird complicit entity.

There was, however, a lot of interest from the international perspective as several non-English speaking countries had began sharing the video and speculating on what it was truly showing.

The Mizzou Report remains committed to truth in the news. We will update this story as information becomes available.